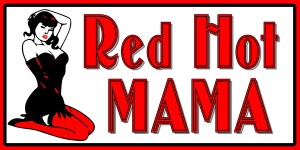 Maria is excited to announce she is in pre-production for the Atlanta debut of her solo cabaret show, “Red, Hot Mama.”  Performance dates are TBD, with a target date of sometime in the late spring/early summer of 2015.  Check back soon for further updates! 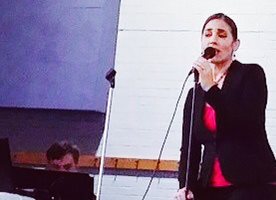 Maria was recently one of the featured performers at the Hapeville’s Service League’s Spotlight on Talent Fundraiser.  In it’s 40th year, the annual fundraiser for a senior in high school awarding a $2000 academic scholarship, featured performances by Atlanta-area talent and a catered lunch by Volare Bistro. 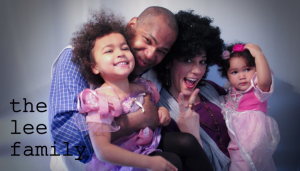 Gia’s back, this time with the whole family in tow!  Check out the Lee family in Season 2, Episode 8 of the web series, “Bethany.”

Maria and her husband, William, recently welcomed their second child, Zoie Isabel, on September 15th.  Zoie was born in the comfort of the Lee family home with the help of their amazing midwife, Sarahn Henderson from Birth in the Tradition.  Maria is looking forward to slowing down for a little while on the professional end to focus on some much needed bonding time with her new little one, and time together with her family.  Thank you for your support!

Maria recently shot an episode of the web series, “Bethany,” starring Carole Kaboya as the title character.  Maria played the role of “Gia,”  Bethany’s heavily pregnant and slightly stressed-out neighbor.  It also marked the in-utero, on-screen debut of Baby Lee #2 in the role of “Baby Jason.”